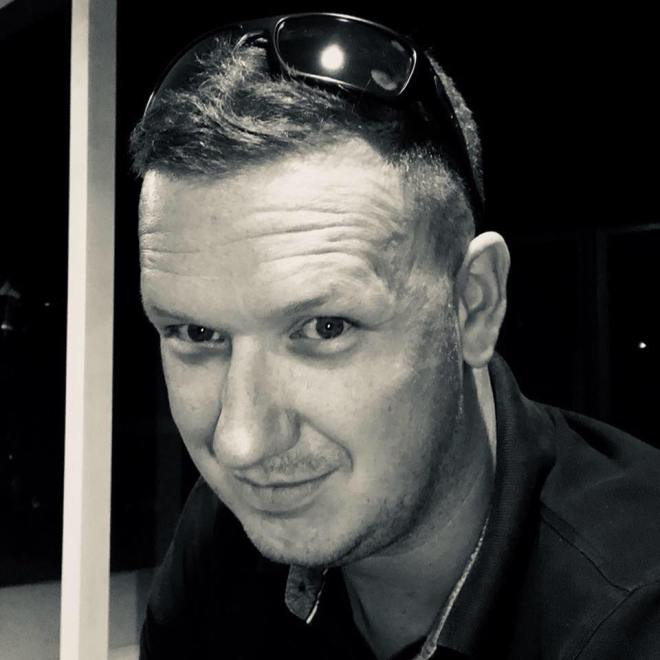 “My V:TES experience can be divided into two discrete pieces, separated by a decade. I first played V:TES in around 1997, when a group of friends in Manchester got me into roleplaying games. We gravitated into Vampire: The Masquerade, and then the card game became a way to extend that experience. We definitely got a lot of rules wrong in those early days, and playing Lost In Crowds three times for +6 Stealth was common. Over the next five years I built a small collection, partially by cannibalizing friends’ as they moved on, and eventually I kept hold of the cards out of habit really.

The theme of the World of Darkness was a big part of the game’s appeal. The clans, and those little stories buried away in the lore. The game always did a great job of ‘feeling’ like you were controlling these minions and it thrived because it married the theme so well with the mechanics. Interestingly the only other card game I’ve ever stuck with is Netrunner, for largely the same reason, so it’s obviously a motivation for me.

Ten years later, a group of colleagues at work were playing 40K weekly in the office, and expressed an interest in trying out some card games; I pulled my cards out of storage on a whim, built some starters, and suddenly we had a playgroup again that lasted five or six years, and led to our playing competitively at UK events.

Coming back into the game in the late 2000s, in a competitive scene, was a shock. The first phase involved realising how many rules we’d been playing wrong the first time, but we learned quickly and having a regular meetup meant strategies evolved really fast. Additionally, we all worked at an ISP, so being pretty Internet-savvy we rapidly came to Embrace #vtes IRC, the start of Secret Library, ARDB and the incredible TWDA, which drastically increased how fast our little meta evolved.

The first event we went to was in Burton (at the house of Anarch Convert, Laurie Goulding!) with maybe 20 people, including Hugh Angseesing, who became a good friend to this day, including coming to my Stag Do. I brought Group 2-3 Lasombra with combat, which I recall amused Emiliano at the time because all these tournament-savvy players expected Sleaze or Vote, and there I was happily playing Torn Signpost, Arms of the Abyss, Disarm. Turns out when nobody is expecting it, it does quite well!

My style is that I’ve always been a table talker, but also pretty transparent – I’ll regularly remind my prey ‘I am here to kill you, but only when it’s appropriate’, and I’ve never really understood the motivation to pretend otherwise. I don’t need to act like that’s not my objective, the point is I don’t want it to be my objective… yet. Don’t do something dumb (one player at a Burton tournament agreed to tap out in front of me, then acted surprised when I ousted him immediately) and you can go hurt your prey, and we can all fulfill the Unspoken Agreement.

I hope that’s influenced the groups I’ve been part of. Getting people to understand just because you’ve got Bum’s Rush and a handful of Red cards in hand, doesn’t mean right now you should. That said, “the person with the biggest Ash Heap is probably winning the game” is also true, so maybe I’m just trying to get you to stall whilst I get set up.  Although one player (who will immediately know who he is) in Manchester was famous for vendettas if he felt slighted, so…

After some years the scene wound down again. The game went and died on us. That really hurt the enthusiasm, knowing the game was static and wouldn’t carry on changing. I think more importantly it was simply the momentum was maintained by having us all work together – Having five players who see each other literally five days a week, and often end up discussing ideas and throwing deck concepts at one another all day really kept us cohesive. One by one we all got roles elsewhere as we progressed in our careers, and we just didn’t keep up the impetus.

By the time we kind of petered out, we’d actually become pretty good; my friend John Best had registered as Prince of Manchester, and I got my one & only TWDA entry playing ‘Bitey Wizards’, which was Nephandus with Leech, a bizarrely effective combination that I still vouch for to this day. (It would have been two, but an event in Manchester had the 10th player decide to ‘just watch’ on the day, so I was denied by only having 9 players!)

The thing I love about V:TES is the predictable answer – the social pressure. I love the table talk, and I love convincing people it’s in their best interests to do things that genuinely are, they just happen to also service my purposes as well. My favourite two board games of all time are Battlestar Galactica and Cosmic Encounter, so it’s not really any surprise here, and the only time I get tired of BSG is when too many people try to drive it down to a ‘solved’ mathematical question of optimal play.

With the revival of the game, I’m keen to give it another go; I worry the market (the rise of FFG, the massive upshift in marketing by Magic/Wizards in response) might mean there’s no room for a CCG to carve itself a space again. I’m probably biased because of what I’m seeing in Brisbane, but here at least your options for classic nerd hobbies seem to be D&D/Warhammer 40k/Magic/Pokemon/Go Home and very little else that survives. I’ll paint myself as ‘cautiously hopeful’ or ‘optimistically wary’, but I’ll be very happy to be proven wrong.

The final thing I want to say about the game is this. One thing I’ve always struggled to deal with is that I often find myself reluctant to celebrate my nerdier hobbies, simply because so many people in those hobbies feel they’re somehow permitted to exhibit the same currently en vogue themes of misogyny, racism and general bigotry that has no place in any society in 2019. These people, collectively, need to Get Into The Sea. And if you do it at an event with me in it, you’re going to get told. Be better. Our community is small, but the game is inherently actually quite inclusive, especially for a game started in the mid-90’s; why would you want to do anything to make it smaller?”

One thought on “David K, and the unspoken agreement.”

Whispers from the Dead (Tags)